At the end of the 19th century (1885), an entrepreneur and loving man of the world of wines, Salvador Lopez Lopez began with wines produced in his own cellars, the founding of a winery for the production and elaboration whose fame now extends around the World, as Malaga wines.

A few years later, in 1896, his brother Francisco Lopez Lopez (who became town mayor of Malaga) joined the company. With the union, and knowing their faith of hard men in the struggle and workers without break, they received the affectionate nickname “Los Leones”, which means The Lions, launched their first 3 products: Malaga Virgen, Sol de Malaga, and Trajinero.

With the passage of time, old and new generations with the same purpose and idea of making the company bigger, produced Malaga wines of the highest quality, and differentiated from any possible competitor.

Nowadays, the family winery with more than 130 years of experience, is being directed by the fourth generation and little by little entering the fifth. There are 35 wines currently produced under the Denomination of Origin Malaga and Sierras de Malaga, whose Malaga Virgen is the leading brand and product in the National market and Sol de Malaga Internationally . 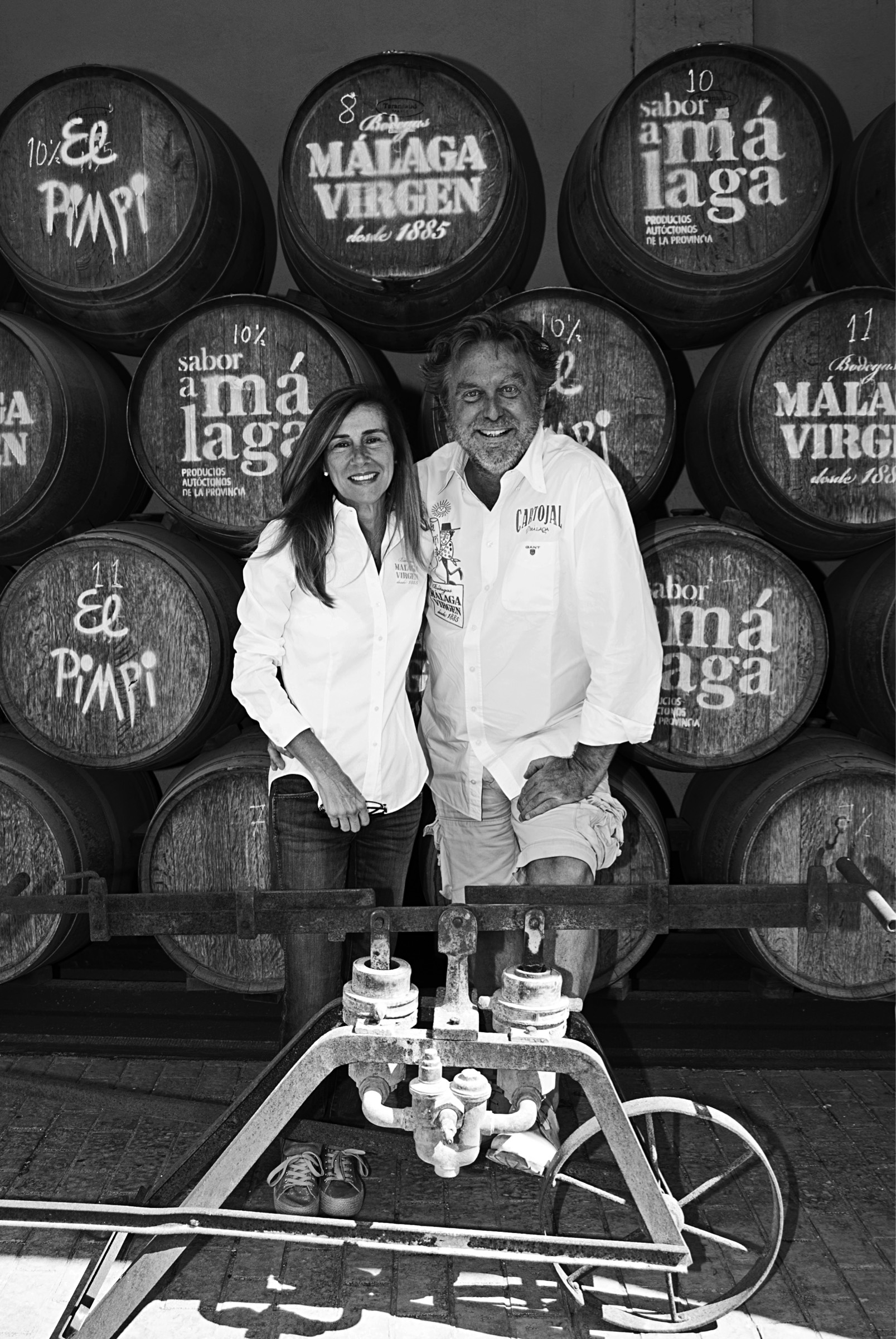 We are a family-run, entrepreneurial and traditional winery from the South of Spain, Malaga.

We have agreements whith different national and international distribution groups.

To maintain our hundred-year-old tradition as a family company with international projection. To become the world's leader producer of the sweet wine industry, offering better and more differentiated products such as the new Malaga Virgen Dunkel. To be leaders in communicating the culture of sweet wine.To be environmentally friendly; the better the nature, the better the grape and so the wine.

Hundred year old winery that keeps innovating constantly. Night harvest with low temperatures that allows the sugar levels of the grapes be more stable, the quality and acid levels are better, and reduces the chance of spoilage. Also, the plant suffers less and therefore the quality will remain for the next season. Best selected grapes in the Table of selection that makes the elaboration quality standard of our wines exceptionally high.

Más información en nuestra Política de cookies
Necessary Always Enabled
Necessary cookies are absolutely essential for the website to function properly. This category only includes cookies that ensures basic functionalities and security features of the website. These cookies do not store any personal information.
Non-necessary
Any cookies that may not be particularly necessary for the website to function and is used specifically to collect user personal data via analytics, ads, other embedded contents are termed as non-necessary cookies. It is mandatory to procure user consent prior to running these cookies on your website.
SAVE & ACCEPT